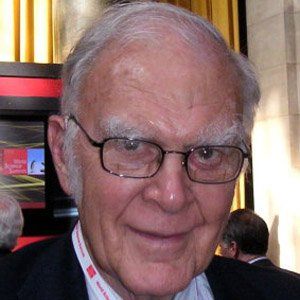 American chemist who is best known for discovering that chlorofluorocarbons contribute to ozone depletion. He won the Nobel Prize, with two other chemists, in 1995 for their work in atmospheric chemistry and he spent the bulk of his career working at the University of California, Irvine.

He attended the University of Chicago after a 14-month stint in the US Navy.

He became a member of the National Academy of Sciences in 1978 and was president of American Association for the Advancement of Science in 1993.

He had two children: Ingrid and Jeff.

He won the Nobel Prize four years before Ahmed Zewail did.

Frank Sherwood Rowland Is A Member Of