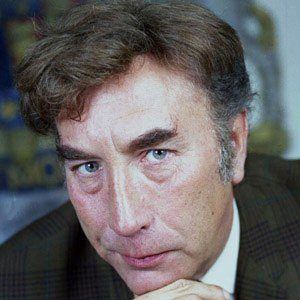 Comedian and actor whose career spanned six decades, and who played Mean Mr. Mustard in the film Sgt. Pepper's Lonely Hearts Club Band. He appeared on the popular British shows Up Pompeii! and Carry On Doctor.

He debuted his stand-up act on the radio show Variety Bandbox in 1946.

He had a severe stuttering problem during his early career, something he had to work hard to overcome.

He was a closeted gay man who dated fellow actor .

Frankie Howerd Is A Member Of