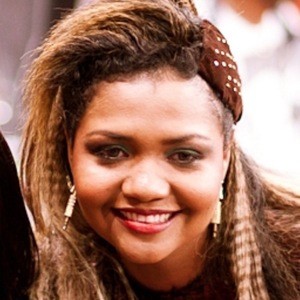 Singer who first gained attention in the early 2000s as a performer of tecno brega music, singing Portuguese-language covers of songs by artists like Cyndi Lauper. Her debut LP, Treme, was released in 2012.

She hails from Belém, Brazil. She got her start singing at a local church and began performing in bars at age 15.

She was one of the stars of The Banda Tecno Show.

She is of mixed Amazonian and Afro-Brazilian descent. She has a sister named Gabriele.

Gaby Amarantos Is A Member Of