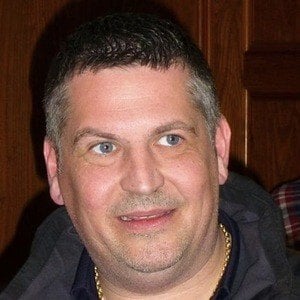 Scottish professional darts player who won the 2007 World Darts Trophy as well as the Zuiderduin Masters in 2007 and 2008. He has ranked as high as #6 in the world for professional dart playing. He has gained a significant following on his personal GaryAnderson180 Twitter account.

He began playing professionally in the year 2000.

He was given the nickname, the Flying Scotsman. His first televised title came in the year 2007, and he has won 19 such titles throughout the course of his career. His walk-on song is "Jump Around" by House of Pain.

He has two sons Ryan and Joel. He began a longterm relationship with Rachel Ford.

He is a contemporary of Phil Taylor.

Gary Anderson Is A Member Of