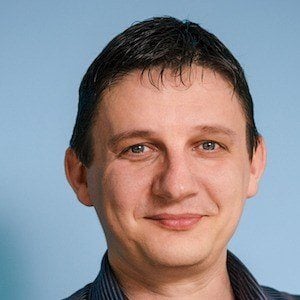 English tour guide most famous for hosting the YouTube channel Londonist Ltd, where he explores little-seen locations within the city of London. He also runs an All The Stations channel alongside Vicki Pipe, which is dedicated primarily to London's train stations.

He has twice earned the Guinness World Record for travelling to all London Underground stations in the fastest time possible, doing so in 2006 and 2015.

He has a sister named Helen.

He covered a Brixton tribute to late rock legend David Bowie on his YouTube channel.

Geoff Marshall Is A Member Of