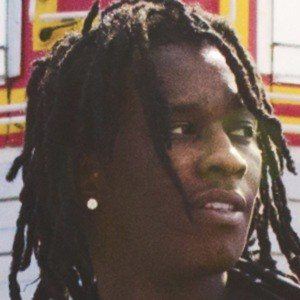 Atlanta based rapper who gained notoriety in 2013 following the release of his mixtape 1017 Thug. He has collaborated with notable artists such as Rich Homie Quan, Cash Out and Shawty Lo.

He was signed by Gucci Mane's label 1017 Brick Squad Records after Mane listened to his first three mixtapes I Came From Nothing Parts 1, 2, and 3.

His birth name is Jeffrey Williams. He had six children by four different women. In 2015, he got engaged to Jerrika Karlae; however, they would later break-up in 2017.

He performed at the same Fool's Day Off show as Trick Daddy in 2013.

Young Thug Is A Member Of