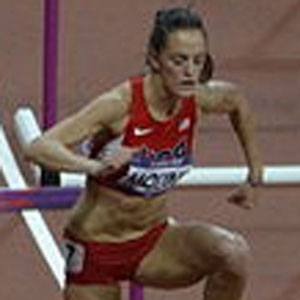 400 meter hurdler and runner who made her Olympic debut at the 2012 Summer Games in London.

She attended the University of Arizona, where she helped set indoor and outdoor school records for the 4x400 meter relay.

She set a personal record in the 400 meter hurdles at the 2012 Olympics, but came just shy of medaling, as she finished fifth.

She was born and raised in Phoenix, Arizona.

At the 2012 Olympics she was teammates with Lolo Jones.

Georganne Moline Is A Member Of