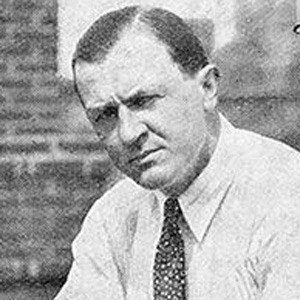 Whimsical caricaturist and painter associated with Dadaism and known for works such as "Republican Automatons" from 1920.

He attended the Academy of Fine Arts in Dresden and the Berlin College of Arts and Crafts, where he studied with the famed Emil Orlik.

He was the subject of the 1960 film "George Grosz Interregnum," which was nominated for an Academy Award.

He was born into a devout Lutheran family. His father owned a pub, which his mother took over following his father's untimely death.

He was a contemporary of fellow artist Rene Magritte.

George Grosz Is A Member Of