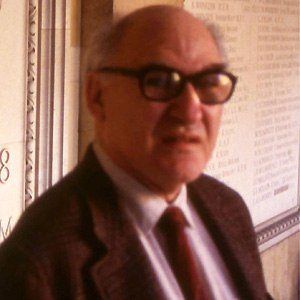 An influential, twentieth-century historian, he published treatises on Nazi Germany and European fascism, in general. He is best known for his 1961 work, The Culture of Western Europe: The Nineteenth and Twentieth Centuries.

He began his career by writing about Tudor England. However, he soon changed his focus to modern European history and became the co-founder of The Journal of Contemporary History.

He wrote about German Jewish culture both before and during Hitler's rise to power.

He was born in Berlin, Germany to an affluent Jewish family that operated some of the city's top newspapers. Facing the Nazi rise to power, his family fled to America.

He wrote extensively about the cultural change in Europe that resulted from Benito Mussolini's fascist leadership.

George L. Mosse Is A Member Of