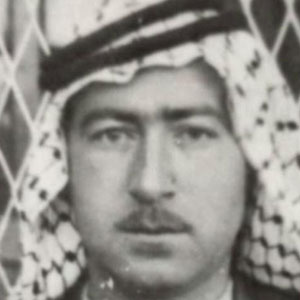 A prominent 20th-century Jordanian historian, he is known for works such as Jordan in the 1948 War and The Great Arab Revolt. His groundbreaking work, T.E. Lawrence: An Arab View, was published in several different languages.

He had to drop out of high school to support his family following his father's untimely death. He later worked for the Iraq Petroleum Company and the Jordanian Broadcasting Company.

He published his first historical work, Al Hussein Bin Ali and the Great Arab Revolt, in 1957.

He was married to Georgette Nuseir. He died of heart failure in Amman, Jordan at the age of eighty-eight.

Suleiman Mousa Is A Member Of