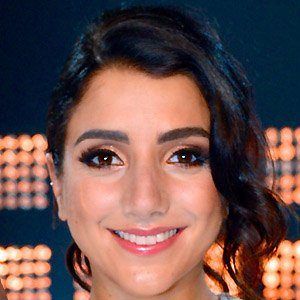 Known for hosting the 2014 Swedish Grammy Awards and the 2012 and 2013 Melodifestivalen music contests, she had a second career as a popular YouTube videoblogger.

In early 2009, she began writing a blog called Ana Gina. Around this time, she also studied political science at Mid Sweden University.

By 2013, her YouTube videos had been viewed nearly eighteen million times.

She and her three siblings grew up in Sundsvall, Sweden, in a family of Palestinian-Lebanese descent.

She and Swedish pop singer Danny Saucedo co-hosted the 2013 edition of Melodifestivalen.

Gina Dirawi Is A Member Of