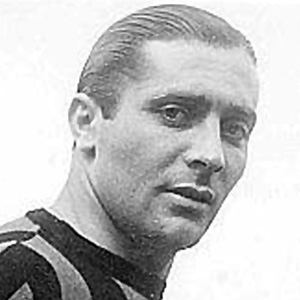 Legend of Internazionale who scored 242 goals in 365 games over 14 years with the club. He led Italy to two World Cup Championships in the 1930s and received the Golden Ball Award in 1934.

He joined Internazionale when he was just 17 years old and because of his youth, he received the nickname "il Balilla."

He grew up in Milan, Italy.

He and Giacinto Facchetti both became legends of Internazionale.

Giuseppe Meazza Is A Member Of