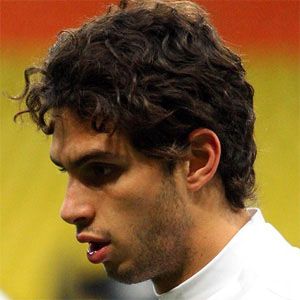 Center back who joined Internazionale in 2011 after spending the previous three years with Genoa and Bari. He became a member of the Italian national team in 2010.

He began his youth career with Perugia in 1998 and debuted professionally with Arezzo in 2006.

He helped Bari win the Italian Serie B in 2009.

He was born in Assisi, Italy.

He and Andrea Pirlo became teammates on the Italian national team.

Andrea Ranocchia Is A Member Of