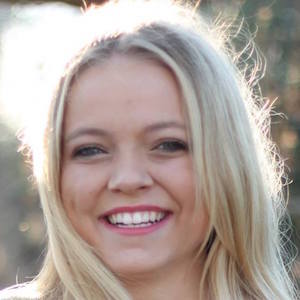 Empowering blogger who became the face of the Enough Movement. Her staunch Christian ideals have resulted in the successful blog titled Enough.

She interned at her church growing up and led many ministries in high school. She also worked as a summer camp counselor at Camp Crestridge for Girls.

An avid outdoorsman, she is an active hiker and mountain biker. She began studying journalism and public relations at Baylor University, where she also joined the sorority Pi Beta Phi.

She grew up in New Orleans, Louisiana alongside her brother Edward.

Grace Valentine Is A Member Of