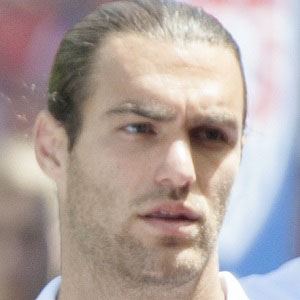 Midfielder who joined Sporting Kansas City in the MLS in 2009; became a member of the United States national team in 2012.

He played college soccer at the University of Maryland from 2005 to 2008.

He began his professional career with the USL's Central Florida Kraze in 2005.

He was born and raised in Longwood, Florida.

He became teammates with fellow midfielder Landon Donovan on the United States national team in 2012.

Graham Zusi Is A Member Of