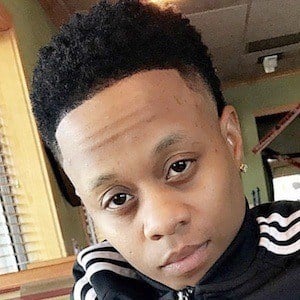 Widely known for comprising one-half of the LeeLee & Gramz couples vlogging YouTube channel. She has gained popularity alongside her partner LeeLee for her pranks, sketches, and relationship vlogging.

She and LeeLee began uploading videos to YouTube in 2015.

She has gained more than 260,000 subscribers to her YouTube channel. One of her most popular videos there, "HOW TO GET A BIGGER BUTT | 5 QUICK WORKOUTS," has earned more than 875,000 views.

She has two children with her partner LeeLee.

She and Tia Harper are both known for their couples vlogging alongside their partners on YouTube.

Gramz Is A Member Of