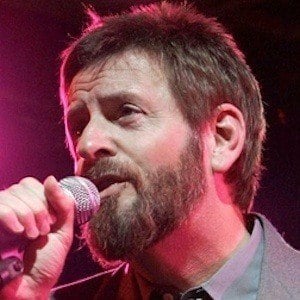 Singer and musician best known as the frontman of British new wave band Scritti Politti. The band has released more than half a dozen successful studio and compilation albums since their inception in 1977.

He began studying at art Newport Art College before moving to Leeds Polytechnic. It was while studying at Leeds that he formed Scritti Politti.

Since his musical success, he has become a regular stand-in presenter for BBC-6 Music.

He was born Paul Julian Strohmeyer to a salesman and a hairdresser. His father died when he was a child and his mother remarried a solicitor named Gordon Gartside from whom he adopted his last name.

He has worked with countless well known musicians and artists from Miles Davis to Kylie Minogue.

Green Gartside Is A Member Of