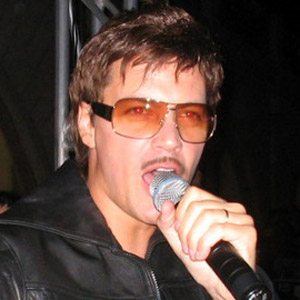 Swedish vocalist best known for his 2004 hit Europop single, "Ding Dong Song." He has also recorded such tracks as "Like Fire Tonight," "Pussycat," and "Teeny Weeny String Bikini." His first album, Pleasureman, was released in Sweden in 2004.

Before beginning his music career, he worked at a clothing shop and also occasionally modeled.

He performed "Like Fire Tonight" at the Swedish Melodifestivalen.

He recorded a 2013 song that included the name of Canadian-born pop singer Justin Bieber in its expletive-filled title.

Gunther Is A Member Of