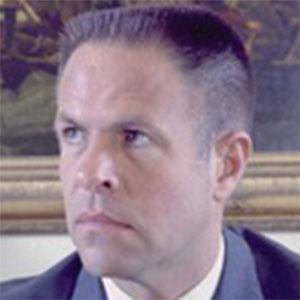 Most Popular#140447
Politician Born in California#43

White House Chief of Staff to President Richard Nixon who played a pivotal role in the cover-up of the Watergate scandal. He spent 18 months in prison for his involvement in the scandal.

He was a successful advertising account executive before joining Richard Nixon's 1962 gubernatorial campaign.

He was on the notorious 'missing' 18 ½ minute gap in Nixon's office recordings, as well as on the 'smoking gun tape,' where he discussed ways to stop the FBI investigation.

He was married to Joanne Horton from 1948 until his death in 1993 and they had four kids. His father was a successful heating and air condition repairman, and a Republican supporter.

James Woods played him in the 1995 Oliver Stone film, Nixon.

Most Popular#140447
Politician Born in California#43

HR Haldeman Is A Member Of