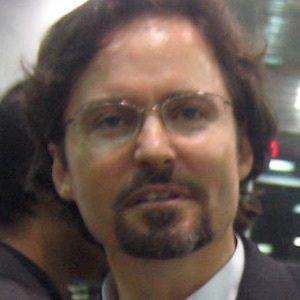 Scholar and professor specialized in Islam, known for being one of the most influential Islamic scholars in the Western world. He was originally a convert from Greek Orthodox Christianity and became a Sunni Muslim. He founded Zaytuna College in the city of Berkley, California.

In 1977 he had a near-death experience. That, coupled with his study of the Qur'an, convinced him to convert to Islam. He soon moved to Norwich, England, to study directly under a Scottish convert whom he admired.

On the topic of 9/11 he said "an act of mass murder, pure and simple" and that "Islam was hijacked ... on that plane as an innocent victim." This was quoted in various news outlets around the world.

He was born Marc Hanson to two academics, who raised him between the West and East coasts of the United States. He is of Irish, Greek, and Scottish descent and is said to have been on his way to becoming a Greek Orthodox priest when he converted to Islam.

Fellow educator and scholar John Esposito called put him on his list of The 500 Most Influential Muslims in 2016.

Hamza Yusuf Is A Member Of