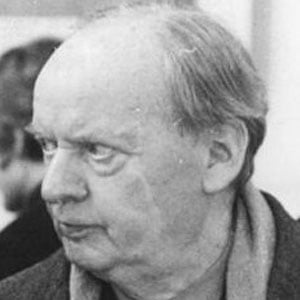 Designer of the Berlin Philharmonic and Saxony's Schminke House; an advocate of expressionist and organic architecture.

He volunteered to serve in World War I in 1914. he was employed by mentor Paul Kruchen to join the East Prussia reconstruction team. He served as president of the Berliner Akademie der Künste (West) from 1955 until 1968.

He was in Der Ring, a collective of Modernist architects founded in 1926.

His family was residing in Berlin when he was born. His first wife was Aenne Hoffmeyer, whom he married in 1920.

He and Ludwigmies Van der Rohe were in Der Ring together.

Hans Scharoun Is A Member Of