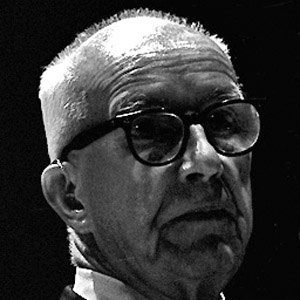 American architect who has published over thirty books and invented the geodesic dome and other futuristic devices.Carbon molecules known as fullerenes are named after him.

He struggled with geometry, but excelled in mechanics, building things he would find in the woods.

He was was the second president of Mensa, the largest and oldest high IQ society, from 1974 to 1983, and he received the Gold Medal award from the American Institute of Architects in 1970.

He received the Presidential Medal of Freedom from Ronald Reagan.

Buckminster Fuller Is A Member Of