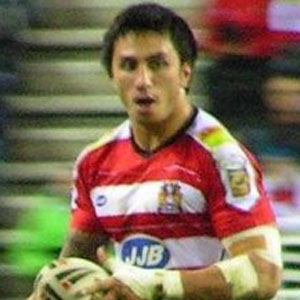 Loose forward who logged over 200 First Team appearances with the Wigan Warriors.

He started in the team's developmental program, playing on the U18 and U20 teams, and joined the First Team in 2004 against Wakefield.

His hard tackling helped his Warriors reach the Grand Final and the Challenge Cup in 2010 and 2011.

Andy Farrell was another well-known rugby player with the Wigan Warriors.

Harrison Hansen Is A Member Of