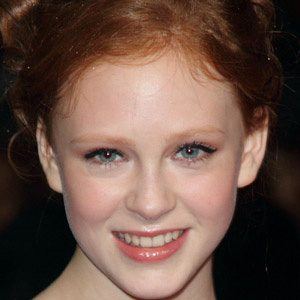 She played Rose Weasley on Harry Potter and the Deathly Hallows - Part 2 alongside Daniel Radcliffe.

She began acting in commercials when she was younger.

She appeared in the film Horrid Henry: The Movie with Richard E. Grant.

She spent much of her professional life in London with her family which includes two sisters and a brother.

She played the role of Estella in Great Expectations alongside Helena Bonham Carter.

Helena Barlow Is A Member Of