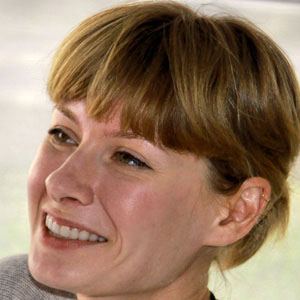 Illustrator and cartoonist whose works included "Salamander Dream," "Gray Horses," and other graphic novels. Simon & Schuster signed her to a two-book contract in 2006.

She graduated from the School of the Art Institute of Chicago in 2004, after initially attending Rochester Institute of Technology. Her first professional comic was "I Was There & Just Returned," a web serial.

Her 2008 graphic novel "Chiggers" was created for an audience of pre-adolescent and teen girls.

She was born into a family of German and Swedish ancestry and was raised in Asheville, North Carolina. She married fellow cartoonist .

She was first noticed by Scott McCloud while in college. He was impressed with her illustrations and urged her to pursue the comics field.

Hope Larson Is A Member Of