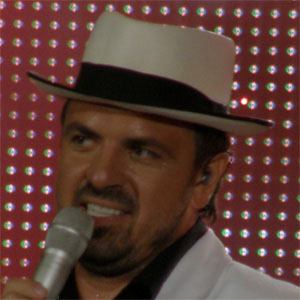 Known for such singles as "Funky Party," "Hello," and "Close to Me," this Romanian pop vocalist also had a career as a television host, presenting such programs as Robingo and Sarabanda and serving as a judge on the Romanian versions of X Factor and The Voice.

In his late teens, he formed a band called Apropo and performed with the group as both a pianist and a vocalist.

A native of Brasov, Romania, he studied piano and voice at the Scoala Populara de Arta Brasov before attending Bucharest's Theater Academy.

He and Marius Moga both had successful pop music careers in Romania.

Horia Brenciu Is A Member Of