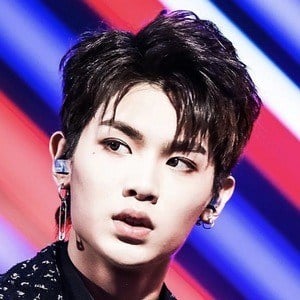 Pop star who entered the spotlight as a contestant on the Korean boy band survival show Produce 101 Season 2, where he was known simply as "Justin." Though he was eliminated during the season's eighth week, he was recruited to join the band Yuehua Boys. In 2018, he became a member of Nine Percent.

He was a trainee with Yuehua Entertainment for a little over a year.

Following his appearance on Produce 101, he was cast on the Chinese version of the show, Idol Producer.

He was born in China.

He performed Ed Sheeran's "Shape of You" on Produce 101.

Huang Ming Hao Is A Member Of