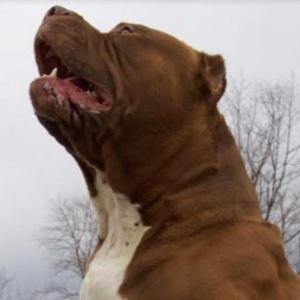 Named the biggest pitbull in the world, he rose to fame on the YouTube channel DARKDYNASTYK9S. The channel, which features Hulk and a number of other dogs, has earned more than 1.4 million subscribers.

One of DARKDYNASTYK9S most popular YouTube videos is "Biggest bully pitbull on earth ON SCALE 173lbs 17 months THE HULK! Of ddkline," which earned more than 12 million views after it was posted in February 2015.

In 2016, he fathered eight puppies, one of whom is a gray pitbull terrier named Kobe.

Hulk the Dog Is A Member Of