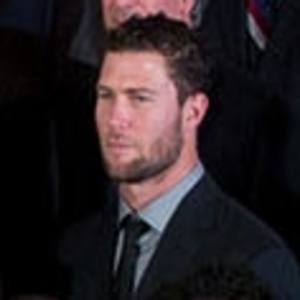 Pitcher who was first called up to the Major Leagues in 2014 by the San Francisco Giants. He was a part of the team's run to a World Series title the same season.

He was born in Thomaston and was originally drafted by the Boston Red Sox in the 2007 MLB Draft.

He recorded a save in the longest MLB playoff game in history, Game 2 of the 2014 NLDS against the Washington Nationals.

He married a woman named Shelley in 2011.

He won his first World Series ring under Giants manager Bruce Bochy in 2014.

Hunter Strickland Is A Member Of