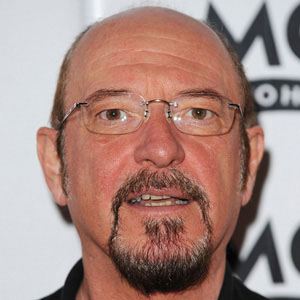 Flute player, songwriter, and vocalist of the band Jethro Tull who also plays keyboard and harmonica, among other instruments.

He was asked to leave his school after refusing to submit to corporal punishment and who later attended Blackpool College of Art for two years.

He got married to Jennie Franks on February 1970; after their divorce in 1974, he married Shona Learoyd in April 1976. He has a daughter named Gael Anderson.

He was not a fan of Elvis Presley and supposedly the latter discouraged him from joining the business.

Ian Anderson Is A Member Of