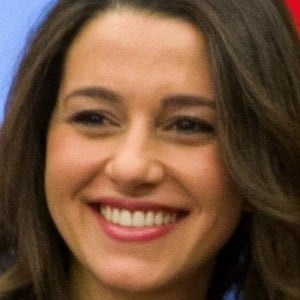 Spanish lawyer and politician who is known for being the leader of Citizens in Catalonia. She is also known for having been the Leader of the Opposition in the Catalan Parliament in 2015.

She studied law and international business at Pablo de Olavide University. Prior to entering in politics, she worked as a business consultant. In 2010, she began assisting Citizen's public meetings. She was elected as a member of the Parliament of Catalonia in 2012.

She has been featured in several major press outlets for her political works including The Guardian in July of 2018, Telegraph in December of 2017, and Politico in April of 2018.

She was born and raised in Jerez de la Frontera, Spain and is the youngest of five children. She married Xavier Cima in 2016.

She shared a photo of herself attending a Miguel Poveda concert to her Instagram in June of 2018.

Inés Arrimadas Is A Member Of