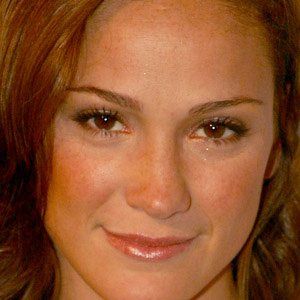 Argentinian model best known for her time as a Victoria's Secret angel. She has also appeared on the covers of magazines like ELLE, Glamour, and Vogue.

She was in the preliminary for Elite Look of the Year in her hometown.

She has also dabbled in music, releasing an album entitled Hasta Siempre in 2005.

She married Jorge Mora in 2001 and they welcomed a daughter named Maia the same year.

She made an appearance in The Devil Wears Prada, which starred Anne Hathaway.

Inés Rivero Is A Member Of