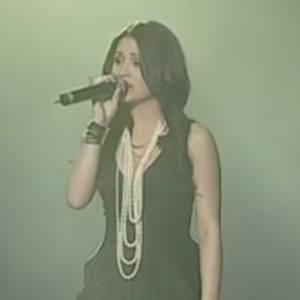 Moldovan artist grown popular in Romania. She first rose to fame in 2016 for her single "Visele" and has since become known for songs like "Da ce tu" and "Ce s-a întâmplat cu noi."

She released her debut single, "Iluzii desarte," in 2011, and the following year she competed on the talent show Fabrica de staruri. However, it wasn't until 2015 that she signed with Quantum Music.

Her self-titled YouTube channel has earned more than 550,000 subscribers through her collection of music videos, teasers, and behind-the-scenes videos.

She is also known by the names Irina Remesh and Irra. Originally from Soroca, Moldova, she later lived in Bucharest, Romania.

In March 2017, she posted a photo to Instagram with Romanian star Alina Eremia.

Irina Rimes Is A Member Of