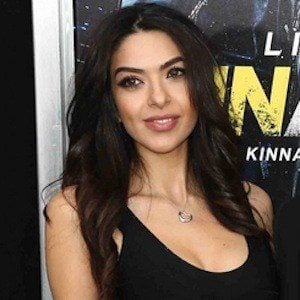 Known for her work on the MTV Mexico telenovela Niñas Mal (Bad Girls) as Adela Huerta. She began her time on the show in 2010.

She moved to Los Angeles at age 18 to study acting. She studied at the Lee Strasberg Theatre & Film Institute.

She subsequently starred in the 2nd season of Bad Girls beginning in September 2013. In 2015, she starred in the TV series Yo Quisiera (I Would Like) as Claudiala llorona.

She was raised in Mexico City, Mexico by her parents Glenn and Mercedes. She has one younger sister named Maria.

She starred alongside Carmen Aub during the first season of Bad Girls in 2010.

Isabel Burr Is A Member Of