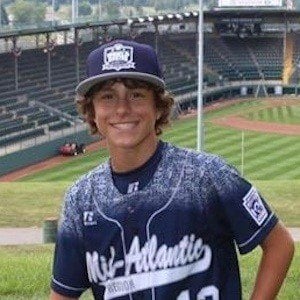 Champion of the Little League World Series as a member of Pennsylvania's Red Land Little League team who guided his team to a championship with his dominant pitching and .545 batting average during the tournament.

He grew up playing basketball and football in addition to baseball, but gave up the other sports to focus on baseball as part of the GoWags Patriots team.

He started doing some modeling for By Hollis.

He has a younger brother named Landon who played baseball for Red Land's 9-10 age team during his run in the LLWS.

He pitched lights out during the LLWS like professional player Jason Marquis before him.

Jaden Henline Is A Member Of