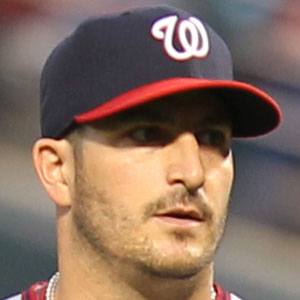 MLB pitcher who was the 35th selection in the 1996 draft by the Atlanta Braves; played for many teams, including the Cubs, the Cardinals, and the Twins.

He led his team to third place in the Little League World Series by pitching a no-hitter when he was 12. He later led his high school team to consecutive New York City championships.

His father ran a Brooklyn check-cashing business, and his mother served on the New York City Board of Education. He married Debbie Marquis and had three children with her.

He was an All-Star in 2009 while playing for the Colorado Rockies team that starred Troy Tulowitzki.

Jason Marquis Is A Member Of