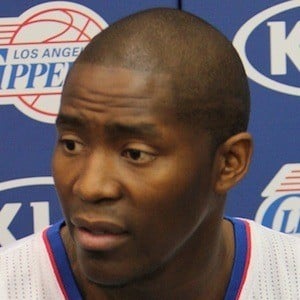 Explosive NBA shooting guard known for his offensive prowess. He won the NBA's Sixth Man of the Year award with the Atlanta Hawks in 2010 and the Los Angeles Clippers in 2014 and 2016. In 2017, he joined the Minnesota Timberwolves.

After one season with the University of Michigan, he entered the 2000 NBA Draft and was taken 8th overall by the Chicago Bulls.

On February 3, 2010, he became the NBA's all-time leader in four-point plays after converting the 24th three-pointer-and-free-throw combo of his career.

He has a son named Eric Crawford. He married Tori Lucas in 2014.

Lamar Odom was named the 2011 Sixth Man of the Year, a season after Crawford won the award with Atlanta.

Jamal Crawford Is A Member Of