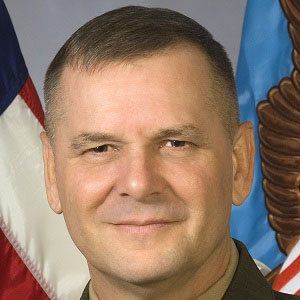 The recipient of four Defense Distinguished Service Medals, this United States Marine Corps general served from 2007 until 2011 as Vice Chairman of the Joint Chiefs of Staff. From 2004 until 2007, he held the title of Commander of U.S. Strategic Command.

After attending the University of Iowa, he became a United States Marine Corps second lieutenant and soon thereafter trained to be a Naval Aviator and Naval Flight Officer. He went on to earn a graduate degree in strategy and national security from the Naval War College in Rhode Island.

He retired from the U.S. Marine Corps in 2011, having served his selected branch of the military for nearly four decades.

Cartwright, nicknamed "Hoss," was born and raised in Rockford, Illinois.

When Cartwright was investigated by the U.S. Justice Department in regard to a potential classified information leak, his lawyer, one-time White House attorney Greg Craig, refused to comment on the situation.

James Cartwright Is A Member Of