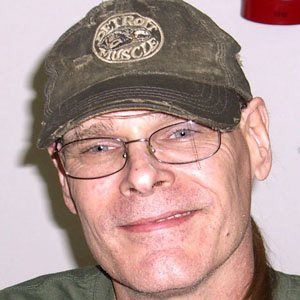 Graphic artist and creator of the dark comic book series "The Crow," which came about as a way of dealing with the sudden death of his fiancee Beverly in 1978.

He was fascinated by Renaissance sculpture as a child.

His comic book "The Crow" was adapted into a film starring Brandon Lee. Tragically, Lee was killed on set during filming.

He grew up in the foster care system. He married in 2000 and settled with his wife in Texas.

He was a member of the metal band Trust Obey, which was signed to Nothing, the record label owned by Trent Reznor.

James O'Barr Is A Member Of