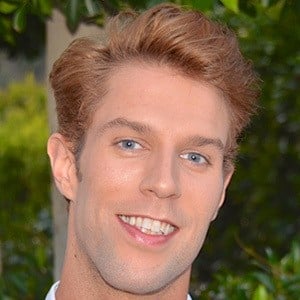 Professional dancer who is known for his work with the American Ballet Theatre in New York City. He is also known for having performed with the Boston Ballet as well and for sharing his dancing and modeling related content through Instagram where he has earned over 290,000 followers.

He first started his training as a dancer at the age of 9 at the D'Valda & Sirico Dance and Music Center. He then attended the Virginia School of Arts and joined the Boston Ballet in 2002.

He was a part of the Kelly and Ryan Guinness World Record attempt for the Most Ballet Dancers En Pointe Simultaneously in September of 2019.

He was born and raised in Fairfield, Connecticut.

He collaborated with fellow dancer Mark Morris on a production of Up & Down.

James Whiteside Is A Member Of