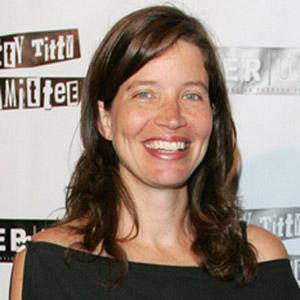 Screenwriter and director who is best known for the cult film But I'm a Cheerleader and the TV show Gilmore Girls.

She graduated from Barnard College in 1993.

At seven years old, she began acting at the Cleveland Play House.

She had two daughters, Finley and Ryder, with former partner and producer Andrea Sperling. In 2014, she married Karey Dornetto.

Actress Natasha Lyonne starred in her film But I'm a Cheerleader as a lesbian forced to attend a camp to change her orientation.

Jamie Babbit Is A Member Of