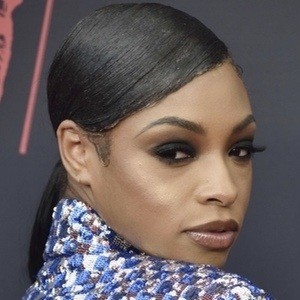 Award-winning broadcast journalist and pageant contestant known for her time as host of the celebrity tabloid talk show BET Breaks. She previously reported for Comcast's The Advocate.

She graduated from Delaware State University in 2015 with her bachelor's degree in marketing. She achieved dean's list honors while a student there.

She was named Miss Delaware State University while a senior at the school. She also served as a host for the ESPN Entertainers Basketball Classic during the summer of 2016.

She began her career performing through karate, where her father was a grand master.

She met Oprah Winfrey after she gave the commencement address to Spelman University in 2012.

Jamila Mustafa Is A Member Of