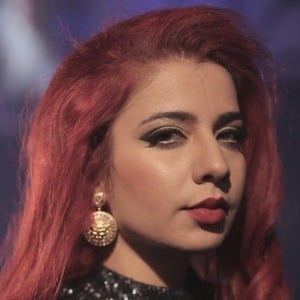 Indian singer who first gained national attention with the release of her hit debut single "Muskaan." She is a well-known playback singer, contributing songs to films like 2014's Kick and 2016's One Night Stand.

She and her family moved to California when she was thirteen years old. She began writing her own songs when she was sixteen.

She was nominated in the Best Female Playback category for her work on the film Kick at the 21st Screen Awards in 2015.

Her mother encouraged her to sing at a young age.

She performed a duet with Yo Yo Honey Singh called "Devil-Yaar Naa Miley" for Kick.

Jasmine Sandlas Is A Member Of