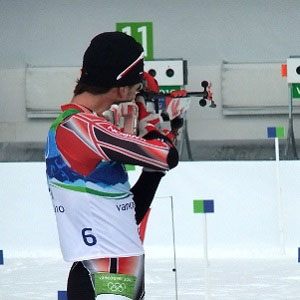 Biathlete who made his Olympic debut at the 2006 Winter Games in Turin.

On December 1, 2012, he won his first World Cup race, winning the sprint in the first match of the season.

He was one of many Canadians to represent the country when they hosted the 2010 Winter Olympics, joining stars such as Alexandre Bilodeau.

Jean-Philippe Leguellec Is A Member Of