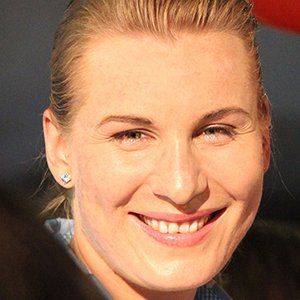 Biathlete who won the gold medal in the 7.5 km sprint at the 2010 Winter Olympics in Vancouver. She can be found on Instagram under the handle nastja.kuzminova.

She won the silver medal at the 2009 Biathlon World Championships in Pyeongchang.

She was the first person to win an Olympic Winter gold medal for the independent country of Slovak.

She married Daniel Kuzmin in 2007. They have a son named Yelisey and a daughter named Olivia.

She and Nicole Rajicova have both competed for Slovakia in the Olympics.

Anastasia Kuzmina Is A Member Of