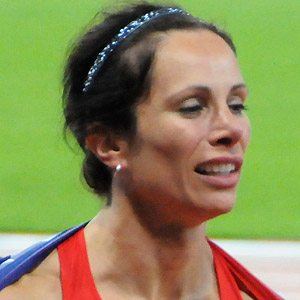 Pole vaulter who won a gold medal at the 2012 London Olympics and also took home silver at the 2008 Olympics in Beijing. She was honored as American Female Athlete of the Year by Track & Field News in 2008.

She won her first gold medal at the 2005 USA Indoor Championships.

She set a world record for pole vault height in indoor competition with a 5.02 meter jump.

Her parents names are Mark and Sue Stuczynski. She married Rick Suhr in 2010.

Jenn Suhr Is A Member Of