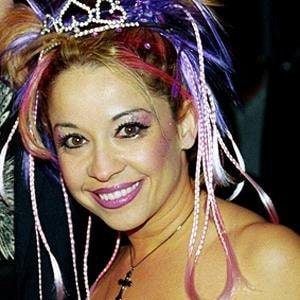 Actress who appeared in numerous Broadway productions, including The Pajama Game, Seussical, Taboo, and Shrek the Musical. She also voiced the character Darcy on the Nickelodeon series Winx Club.

She graduated from the State University of New York at Fredonia, where she studied acting.

She starred in a 2006 off-Broadway show entitled Henry and Mudge. The performance earned her a Drama League nomination.

She married Hunter Foster in 1998.

She and Anika Noni Rose both voiced characters in The Princess and the Frog, a 2009 Disney film.

Jennifer Cody Is A Member Of