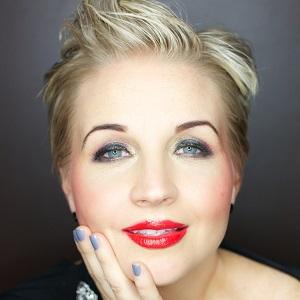 Radio personality who is consistently rated the #1 afternoon radio personality in Hartford, Connecticut. She was first employed at WZMX Hot 93.7, a CBS radio station, in the early 2000's. She is perhaps most famous for her entertaining on-camera interviews with artists and actors.

She was a professional dancer and dance teacher. After high school, she planned to attend The State University of New York to study Dance Therapy, but she got pregnant her junior year of high school and changed her plans. She was also a turntable DJ before entering radio.

She was one of the first people to interview Jay-Z and R. Kelly about the reason they decided to end their Best of Both Worlds Tour in 2004.

She had three children before getting her first full-time radio job and would become the proud mother of 5. Her father and oldest brother have worked in radio and TV.

She is often referred to as the Barbara Walters of hip-hop.

Jenny Boom Boom Is A Member Of