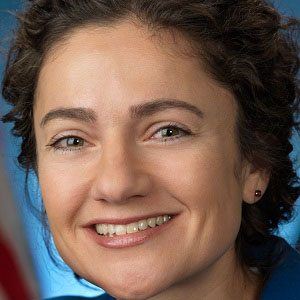 Physiologist and Harvard professor who was accepted into the National Aeronautics and Space Administration (NASA)'s astronaut program in 2013.

After earning a Master's degree from France's International Space University, she received a PhD in physiology from the Scripps Institution of Oceanography in San Diego, California.

She grew up in Caribou, Maine. She later attended Brown University in Providence, Rhode Island. She was born to a Swedish mother and an Israeli father.

Prior to becoming an astronaut, she worked as a NASA Extreme Environment Mission Operations (NEEMO) aquanaut. Fellow astronaut Thomas Marshburn also began his NASA career as a NEEMO aquanaut.

Jessica Meir Is A Member Of