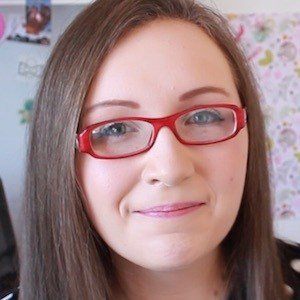 Creator of the popular blog Jessiblah featuring the categories of life, photos and fiction. She is an Irish film and broadcasting student who hoped to work as a writer and a film director upon finishing her studies.

She attended a Christian secondary school in Dublin, taking seven exam subjects. She received an A2 in English, which encouraged her to follow her passion for writing. She worked in community radio for two years from the time she was 17, and eventually worked her way through different media before finding YouTube.

Although she is often recognized for wearing her red glasses, those glasses were originally her aunts. She began to wear her glasses constantly as it was easier than losing and forgetting them for school.

She is an only child, but her mother sometimes jokingly refers to their dogs as her siblings.

One of her favorite authors is John Green, not only due to his excellent writing but also his work on YouTube educating and enlightening people worldwide.

Jessica Spencer Is A Member Of